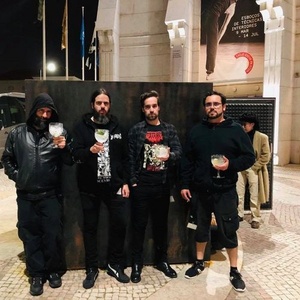 Holocausto Canibal (Portuguese for Cannibal Holocaust) is a goregrind band based in Rio Tinto, Portugal. Formed in 1997, the band has released one demo, four studio albums, two EPs, three splits and a compilation album and is considered one of the most well known Portuguese extreme metal acts in the scene today.
The band's sound is heavily influenced by such acts as Carcass, Impetigo, Dead Infection, and Blood and Deranged. They fuse goregrind with some death metal elements, while the lyrics are mainly focused on gore, sexual perversion and paraphilias, all written and sang in Portuguese.