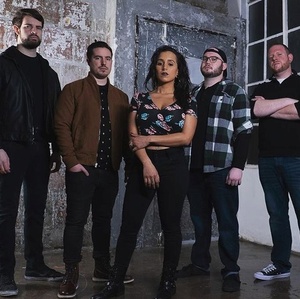 Their first Music video & single "The Herd" was released in May 2018 followed by their second single "Phosphenes" in March 2019 both of which received an overwhelming positive response.

Their debut EP "Pneuma" was released on 5/3/19 independently & a short documentary on the making of was released detailing the recording process of the album & an insight into the writing process.

Since Pneuma's release, Monochromatic Black has been extensively touring the United States and will continue to due so throughout 2019 and beyond. Tour dates are constantly being updated on the bands social media platforms.

"Pneuma" on CD and other merch are available now at monochromaticblack.bigcartel.com If you order our record & or share it, or listen to it in anyway, we want to thank you deeply from the bottom of our hearts. It is truly the only way that artists can continue making music and to survive. Thank you so much again!