As I Lay Dying

As I Lay Dying Скрыть 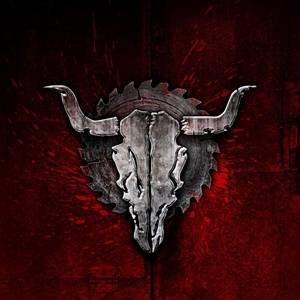 Онлайн концерт As I Lay Dying

Об исполнителе As I Lay Dying

As I Lay Dying is an American heavy metal band from San Diego, California. Founded in 2000 by vocalist Tim Lambesis, the band's first full lineup (including Lambesis' Point of Recognition bandmate Jordan Mancino) was completed in 2001. The band has released six albums, one split album, and two compilation albums.

As I Lay Dying's fourth studio album An Ocean Between Us peaked at No. 8 on the Billboard 200, and No. 1 on the Top Rock chart. The band has performed at events such as Wacken Open Air, With Full Force, Soundwave Festival, Sounds of the Underground, Warped Tour, Bloodstock Open Air and Taste of Chaos. In 2007, As I Lay Dying won the "Ultimate Metal God" award from MTV2 at the first annual "All That Rocks" special; was named "Artist of the Year" at the San Diego Music Awards in 2005, 2007 and 2008; and was nominated for a 2008 Grammy Award for the song "Nothing Left." Their fifth studio album The Powerless Rise was written over a three-year period, and was released in May 2010 to widespread critical acclaim. Their most recent album, Awakened, was released on September 25, 2012.

The band went on an indefinite hiatus in 2014 when Lambesis was incarcerated and sentenced to six years in prison for soliciting the murder of his estranged wife. The remaining members formed Wovenwar with vocalist Shane Blay.

In 2018, Lambesis reunited with Hipa, Sgrosso, Mancino and Gilbert. On June 8, 2018, the band released the song "My Own Grave", their first recording in six years. They're expected to release their seventh studio album, Shaped by Fire, on September 20, 2019.