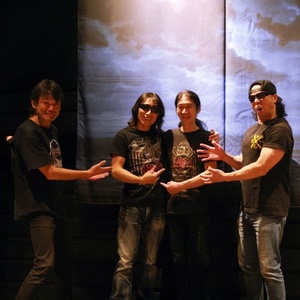 Outrage is a Japanese thrash metal band, formed in Nagoya in 1982. They made their debut in 1987 with a lineup of Yosuke Abe on guitar, Yoshihiro Yasui on bass, Shinya Tange on drums and Naoki Hashimoto on vocals. Hashimoto left the band in 1999, but the group continued as a three piece and he returned in 2007. With a career spanning over three decades, Outrage are one of few Japanese metal bands to have never disbanded or paused activities.